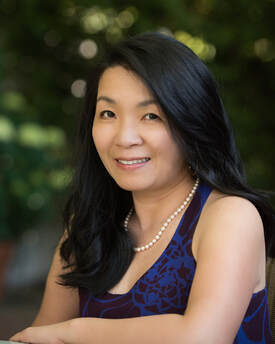 Karen Lin Peng
​Peng studied piano with Jung-Ja Kim and chamber music with cellist, Ronald Thomas, at the Boston conservatory. She earned her Master degree in piano performance from the Mannes College of Music in New York under the tutelage of Arkady Aronov. While back in Boston, she became a pupil of celebrated pianist, Anthony di Bonaventura.

For a few summers, Peng attended Sion music festival in Switzerland and masterclasses in Denmark and Alfred Cortot International Days in France, where she has worked with renowned piano pedagogue, Peter Feuchtwanger.
She has given solo performances in the New England area and Europe such as The Music School in Rhode Island, The Boston Conservatory, Harvard University, The Harvard Musical Association, Martigny in Switzerland and Tulesalen in Stockholm, Sweden. She performed as a chamber musician regularly at the annual concert series in Wakefield, Massachusetts. Peng was on the piano faculty of The Boston Conservatory of Music, Extension Division, The Music School and the affiliated piano program at the Roger Williams College in Rhode Island.

​Peng is a member of Music Teachers Association of California. She was an adjudicator for New Jersey Music Teachers Association Young Musician Competition, and has helped served as the adjudicator for the American Fine Arts Festival Carnegie Hall audition. In recent years, Peng gave master classes and lectures to the music-gifted classes at the affiliated High school of Taiwan Normal University, Tamkang High School, Chaio Tung University, and Tainan University. She is the founder and artistic director of the Peng Piano Academy in Palo Alto CA, a summer festival of intensive music programs for young pianists.