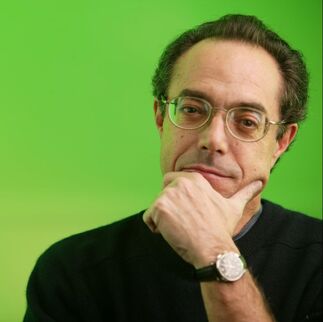 Jean-David Coen
​Pianist Jean-David Coen, Artist in Residence at Willamette University in Oregon has studied and holds degrees from the Paris Conservatory Juilliard, and Yale ; finishing with his Doctorate from the University of Southern California. He worked with significant masters representing each of the 3 great and most essential pianistic traditions: the German , Russian, and French "schools" of interpretation and technique. These great artists included Adele Marcus, Jeanne-Marie Darre, Claude Frank, Sacha Gorodnitzki and John Perry.

Jean-David began concertizing with orchestra when he was 9, and by 17 had performed both Tchaikovsky and Brahms first piano concertos. He has played around the world, with orchestras like the Los Angeles Philharmonic, in Tanglewood, and the Oregon Bach Festival. Completing a circle started with his performance of the Chopin G minor Ballade at the age of 12 in the famous tent at the Aspen Music Festival and School. Coen became a member of the Piano and Chamber Music faculty there; his tenure lasting 24 years. In addition to having been voted into the Musician’s committee and Board of trustees for 3 consecutive terms, he performed several times every year with numerous distinguished faculty colleagues, performed several piano concertos, participated in the world premiere of new compositions, judged over 30 concerto competitions, and his 2008 performance of the Diabelli variations concluded the festival's presentation of the entire cycle of Beethoven's piano works. While on the faculty he worked with numerous extraordinary young talents such as Greg Anderson, Eric Zuber and Yuja Wang for the preparation of their concerto competition victories. He has toured and given master classes in both China and Japan as part of Trio Oregon. His solo and ensemble performances have been heard on NPR's "Performance Today", KUSC, and WQXR in New York. He has been a Visiting Professor of Piano at the Sheppard School Of Music at USC, and is also the the director of the Grace Goudy Distinguished Artists Series at Willamette. In addition to having coached winners of concerto competitions in Aspen, The Leeds competition, and of the Gilmore prize, his Oregon students have: performed in Carnegie Hall, won all of the concerto competitions in the state, performed on NPR's "From the Top", and hold faculty positions in the US, Europe, and Asia. 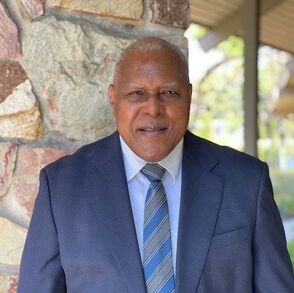 Donald E. Dillard
​​Composer, Donald Dillard was born in Philadelphia, Pennsylvania, and received his early music training at the Settlement Music School with concert pianist, Charles Engel. He was awarded a full scholarship to West Chester University, West Chester, PA, where he was a piano and voice major. His graduate studies were done at Westminster Choir College of Rider University, Princeton, NJ.

​His music has been performed throughout the United States, South America, Japan, and in Europe and performed by the West Chester University Concert Choir, the Morgan State University Concert Choir, the Gettysburg Choir and Harrisburg Singers, and the Mendelssohn Club Choir of Philadelphia. His piano solo works have been performed internationally by the late concert pianist Richard Fields. Orchestral works have been performed by the Detroit Symphony, Grand Rapids Symphony, Atlanta Symphony, Cincinnati Symphony, Delaware County Symphony and the Orchestra Society of Philadelphia.

Hwei-Lan Luo
​Praised by the legendary musician Robert Goldsand as “an expressive and poetic pianist”, Hwei-Lan Luo has performed as a recitalist and chamber musician in the US and Asia. She received her Master’s degree in performance from the New England Conservatory of Music in Boston, and Professional Study diploma from the Manhattan School of Music. Her principal teachers include Gabriel Chodos, Arkady Aronov, Perter Basquin, Kazue Ko, and Lily Chou. She has also worked with some influential musicians such as Richard Goode, Alexander Edelmann, Robert Goldsand, Gregory Haimovsky, Ming Tcherepnin, and Aube Tzerko. She studied chamber music under the renowned pianist Leonard Shure and violinist Louis Krasner.

Her previous performing experiences included recitals in Taipei, Manila, and in the New England and New York areas, including the concert series of the New York Public Library for the Performing Arts. In 2001 alongside her sister, she has recorded a CD premiering a collection of art songs for voice and piano by Taiwanese composer Fu-Yu Lin.
Hwei-Lan Luo has been on the faculty of the Mason Gross School of the Arts, Rutgers University. She is a Nationally Certified Teacher of Music as administered by the Music Teacher National Association (NJMTA), and was  the chair of the Young Musician Competition of New Jersey Music Teacher Association from 2008-2016. Currently, she serves as the Judging Coordinator for all the competitions and auditions of NJMTA. 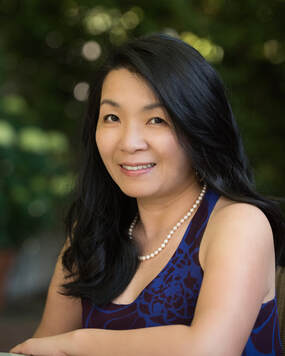 Karen Lin Peng
​Peng studied piano with Jung-Ja Kim and chamber music with cellist, Ronald Thomas, at the Boston conservatory. She earned her Master degree in piano performance from the Mannes College of Music in New York under the tutelage of Arkady Aronov. Later on, she became a pupil of celebrated pianist, Anthony di Bonaventura. Peng attended music festivals in Seon, Switzerland and the Alfred Cortot International Days in France, where she worked with renowned piano pedagogue, Peter Feuchtwanger.

Her solo performances have been in the New England area and overseas, including The Music School in Rhode Island, The Boston Conservatory, Harvard University, The Harvard Musical Association, Martigny in Switzerland, and Tulesalen in Stockholm, Sweden. She also performed regularly as a chamber musician at the annual concert series in Wakefield, Massachusetts.

Peng was on the piano faculty of The Boston Conservatory of Music, Extension Division, The Music School and Roger Williams College in Rhode Island. Peng is a member of Music Teachers' Association of California. She has helped serve as the adjudicator for the AFAF Carnegie Hall audition. She has given master classes and lectures to the students at the music-gifted classes of college preparatory school of Taiwan Normal University, Tamkang High School, the Institute of Music in Chiao-Tung University and the music department of Tainan University. She is the founder and artistic director of the Peng Piano Academy, 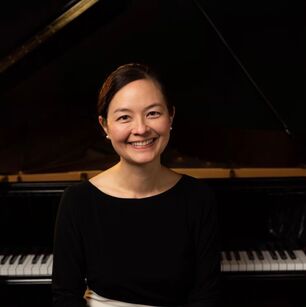